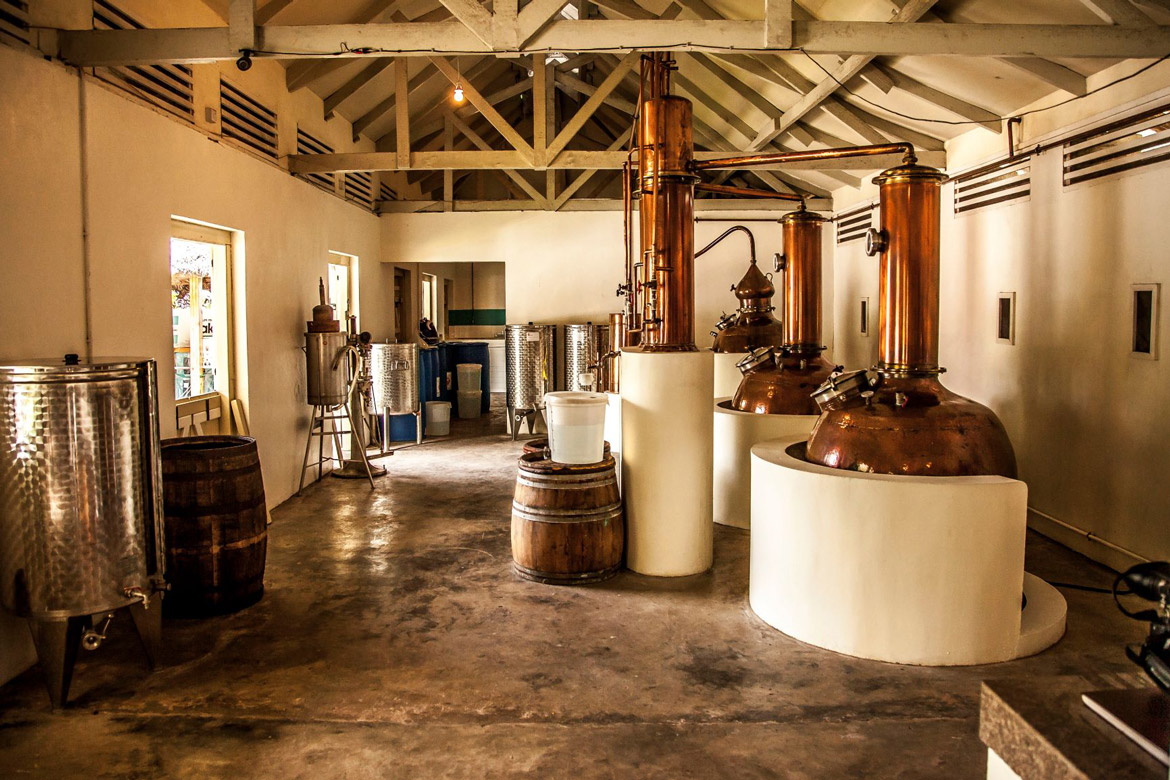 The journey of the Takamaka distillery begins in February 2002, when brothers Richard and Bernard d'Offay returned to Seychelles after spending many years in South Africa. They obtained from the government a ruined eighteenth-century building listed as a national heritage site located in La Plaine St Andre on the island of Mahé, and set out to restore it. After two years of work, the Trois Frères Distillery company was ready to open its doors. 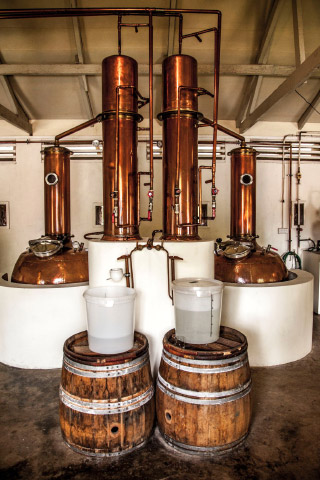 The distillery and warehouses are located in a building next to the restored house, which contains a bar and a restaurant.

Rum was first brought to Seychelles by the British navy around the mid-sixteenth century. In the late nineteenth century sugar cane began to be grown on the islands, but sales were limited to a local market of ninety thousand residents. The d'Offay brothers, however, were much more ambitious. Slowly but surely, Takamaka's exports grew, first to Dubai, then to the UK, Germany and Switzerland.

Today, with two new Habitation Velier rums, Takamaka is ready to join the pantheon of great rum producers. "We are very proud to be Luca Gargano's choice," says Bernard d'Offay, who also describes the details and technical difficulties of producing what is now the most authentic expression of Seychelles rum.

The first challenge they needed to meet was sourcing raw material. With a production of about 85-95 tons per year, sugar cane in the Seychelles is in fact quite rare: "We can rely on no more than about thirty growers in all," continues Bernard, whose father-in-law owns about five acres of land famed with sugar cane and is one of the main producers. Most of the sugar cane is grown on the island of Mahé, not far from the distillery; a smaller portion is also grown on the island of La Digue. Seychelles is home to seven different types of sugar cane, the most common being canne rouge, also used to make baka - fermented cane juice beer. Interestingly, baka means 'unruly' in Creole. Farming is 100% organic with no use of chemicals. The soil type is granite, which also makes Seychelles unique as a sugar cane growing country, as the soil in the rest of the Indian Ocean region is mainly volcanic. 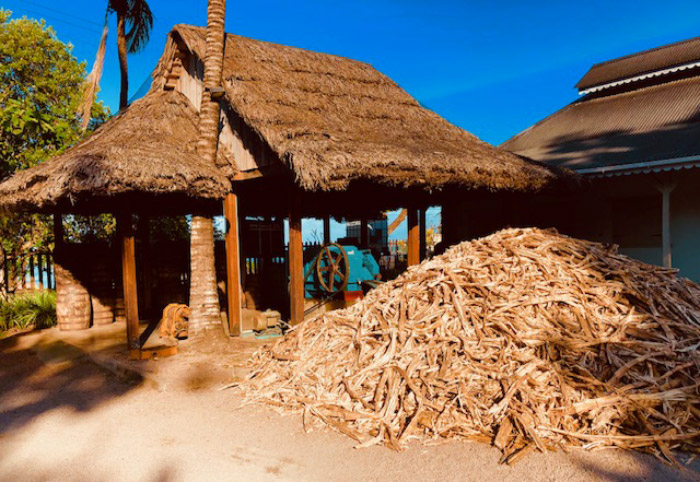 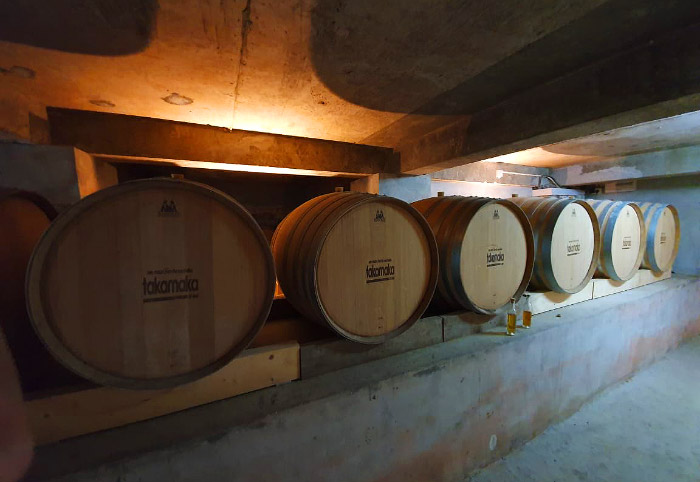 After harvest, sugar cane is taken to the distillery's small mill for pressing, then undergoes fermentation. Lallemand yeast is used, in a ratio of 20 g per 100 liters of juice. Fermentation is short: three days, five at most, in all.

As for barrels, Richard told us about how fate influenced their choices. In February 2018, an executive from Radoux, a French barrel producer, went on vacation to the Seychelles and met the two brothers at their distillery. Their animated conversation turned into an offer of partnership, which led to experiments with different barrel sizes. Currently Takamaka uses 350-liter French oak barrels, but in the past they also experimented with ex-port and ex-sherry barrels. For Richard and Bernard, it is very important to understand how and to what extent wood influences the development of their rum. For this reason, every six months rum samples are sent to Radoux for tasting, so they can help the brothers understand how it’s evolving. The rum is placed into barrels right after distillation, with no intermediate steps. 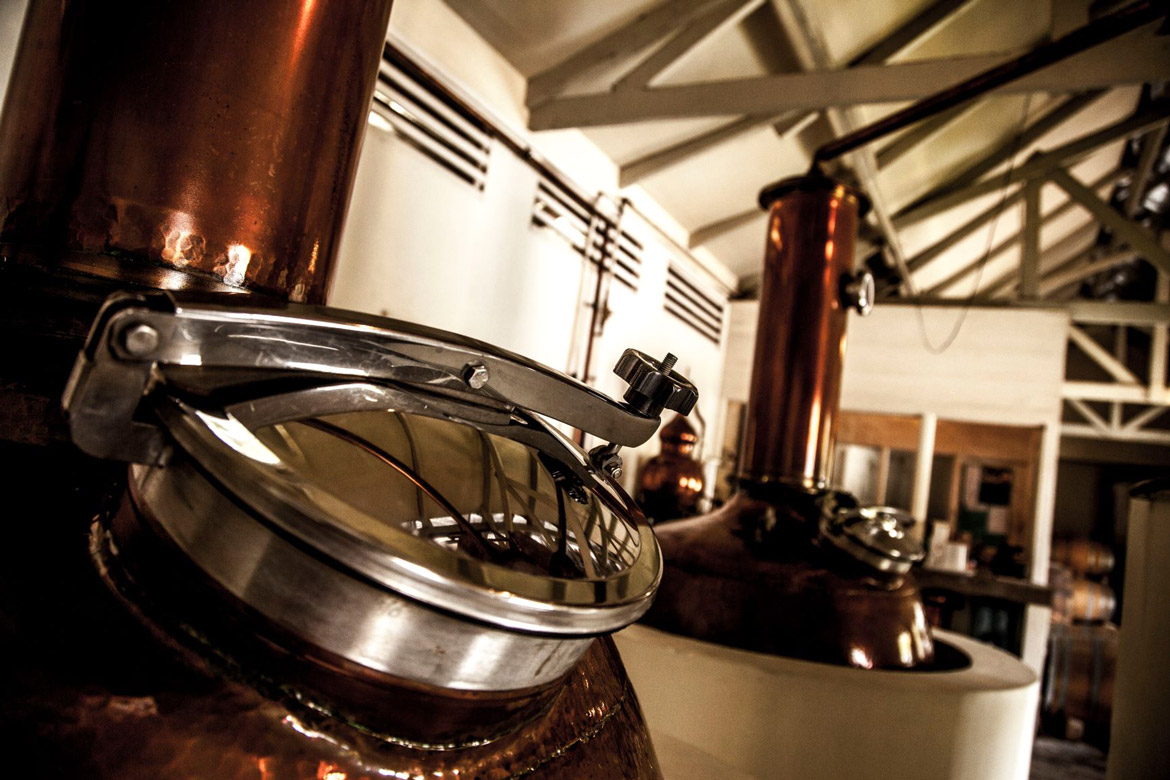 Going into the specifics of the two Habitation Velier rums, Takamaka White is distilled from the smallest pot still and has a congener content of 466.2 g / hlpa, of which 12.2 are esters. This is surprisingly high for a rum with such a short fermentation period. The mouthfeel is sophisticated and powerful at the same time, a pure single rum that truly is the purest expression of sugar cane juice.

Takamaka 2018, on the other hand, derives from a single batch produced in 2018 and aged for three years in a tropical climate. The congener content is 564.4 g / hlpa, of which 58 are esters. The total angel's share is over 11%. Again, a surprising result.

For the future, the d'Offay brothers and Luca Gargano have a very ambitious – albeit quite crazy – project in store: producing rum 100% from juice of La Digue sugar cane.

However, their main goal is to continue promoting the purest expression of Seychelles rum across the globe, one step at a time. "We are aware this is only the beginning of our journey," says Bernard, "but we are determined to keep going further with our rum. Our good, authentic craft rum.”