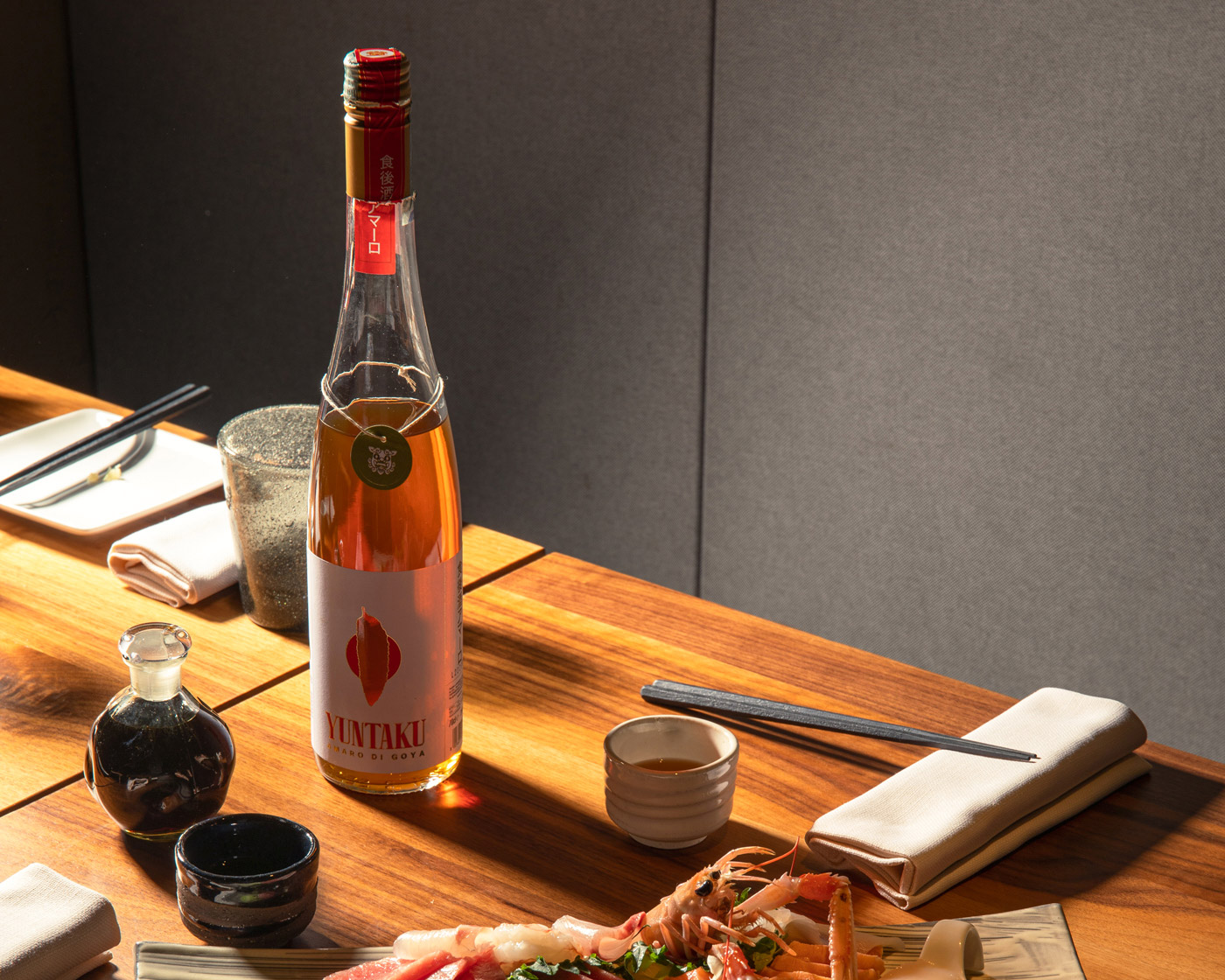 The name yuntaku is a Japanese word meaning ‘chatting’ or ‘chatter’ and was inspired by a typical expression used in the inns of Okinawa, where at the end of dinner people used to shout, 'Yuntaku!' to kick off the drinking and chatter among diners.

It's both a project and an innovative idea, but most of all it's the first Japanese-inspired amaro. We learned quite a bit about it from its creators Benedetta Santinelli and Simone Rachetta, who took us on an exciting journey across lesser-known Japan far from Tokyo's futuristic skyscrapers and supersonic trains.

It was a similar journey that started the story of Yuntaku, one that took its creators to the remote island of Okinawa in the East China Sea and to Aka, an island in the same prefecture. 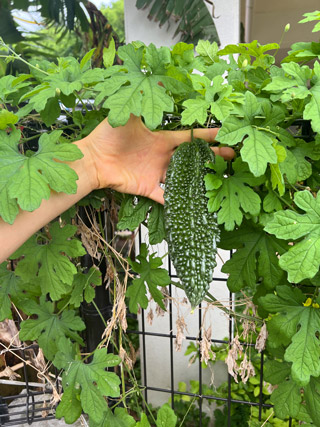 "That’s where we discovered the goya," says Simone. "Walking through the streets of Okinawa's old port we came across a few market stands with signs showing this vegetable, which looks like a lumpy cucumber, dressed in a doctor's coat." Goya, a tropical climbing plant of the Cucurbitaceae family also known as bitter melon, has powerful anti-inflammatory and antioxidant properties, even more than pomegranate. In Okinawa it's used in cooking as well as sold at market stands and widely consumed as an extract for headaches, menstrual pains and other types of ailments. As the island is home to one of the longest-lived populations in the world, we can assume that, coupled with lifestyle, the goya also plays its part.

"Curious, we tasted the extract and found it extremely bitter," continues Simone. "We really liked it, so we took a few seeds back to Italy with us. When my mother asked me, ‘Why don't we plant them?’, I was skeptical. Aka is a tropical island and the climate is very different from central Italy. And yet the seeds sprouted and grew in Sara's garden, and I began making extracts out of the plant.”

"We’ve been friends our whole life. On one of our nightly get-togethers, while relaxing, laughing and reminiscing about our wonderful trip," continues Benedetta Santinelli, "we tried the extract and, underlying the strong bitterness, very unusual in a vegetable, I actually perceived something else, something really special. We talked about it and decided to use it as a bittering base for liqueur. We've all been working in the alcohol industry - although in different areas - for many years, and it was natural for us to come up with this idea. Or, as we like to say, it was the idea that came to us."

The core of the goya is rich in unique notes with a predominantly bitter taste. So why not make an amaro with it? The idea turned out to be the proverbial Columbus’s egg and made Benedetta and Simone realize there was no amaro in Italy that was inspired from a culture other than Italy's own. Also, Asian, and particularly Japanese cuisine is a huge food trend today, so it was easy to take the next step and realize there was no digestif that went with Asian meals and also catered to western taste.

"As we all know, amaro is a traditional Italian product, while goya is a very recognizable taste for the Japanese," explains Simone. “The feedback we got is that Yuntaku is very well-received and those who try it tend to ask for it again. In addition, Japanese restaurants usually prefer to have Asian products on their menu. In short, our amaro had the road to success already paved for it." 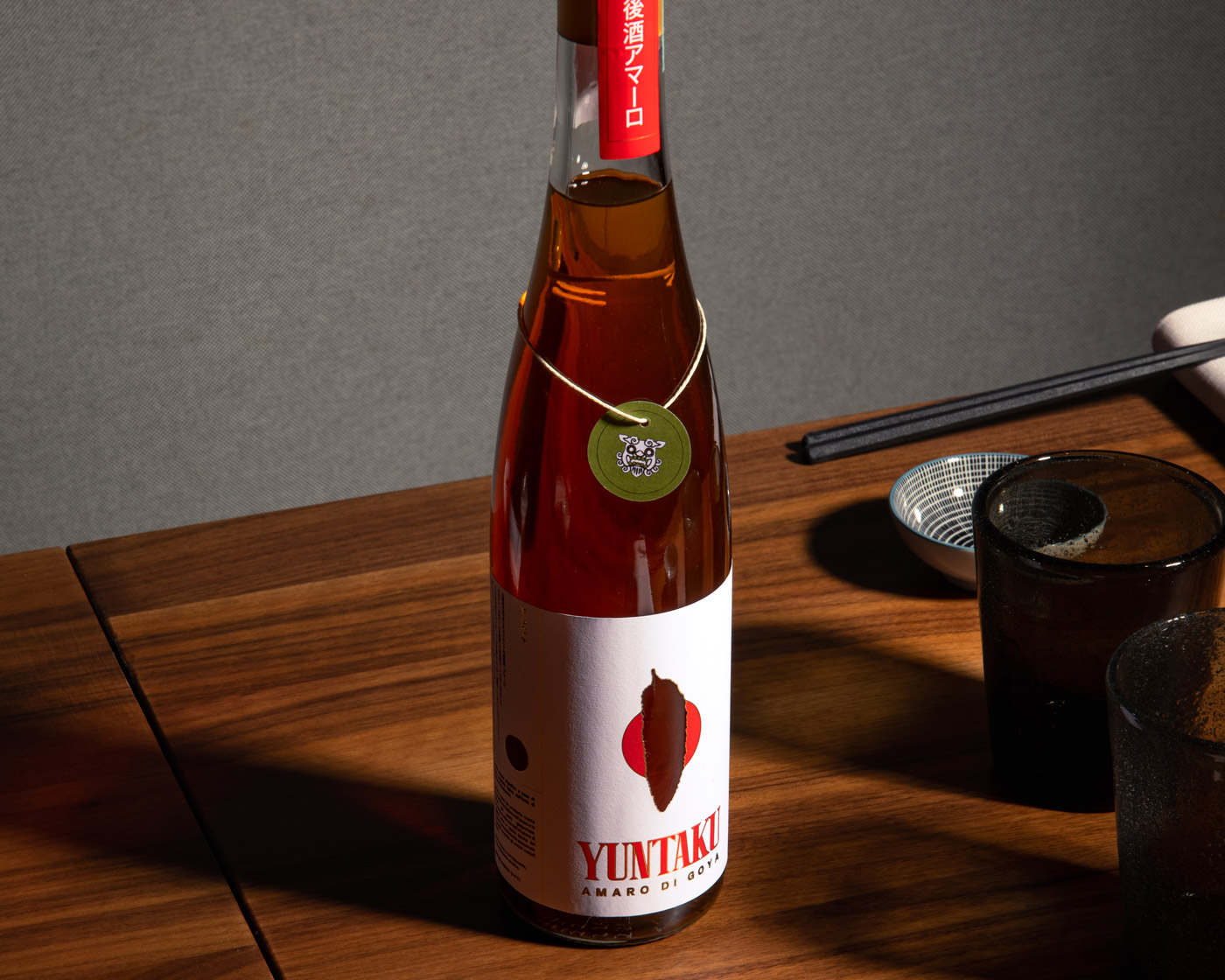 A very interesting fact that seems to link Italy to Okinawa is that on the island people don't usually drink sake at the end of meals but Awamori, which has very similar characteristics to our amaro. It's a kind of herb-infused rice spirit fermented using Okinawa's typical black kōji mushroom. Of course, the alcohol base is different from Italian amaro since we normally use cereal alcohol, but the similarity in taste is undeniable and very intriguing. 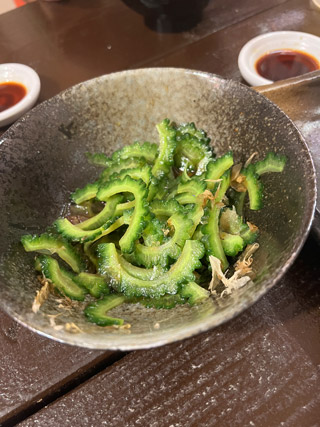 But back to the goya. As mentioned, in Okinawa it's highly prized and is the main ingredient in chanpuru, a strongly representative and very common dish made with tofu combined with vegetables, meat or fish, often used as a source of energy and nutrients during the island's hot summers. Goya is so popular there is even a fast-food restaurant making goya burger. There is also a special holiday celebrating the goya, held on May 8th of each year.

“It's a bit like tomatoes in Italy, it's really part of the local culture,” says Benedetta. "So our Yuntaku is obviously raising a lot of interest there. We just returned from another trip to Japan, and the feedback we got was amazing. The goya had never been used in an alcoholic beverage before and the Japanese were very excited about this new product, not least because it's actually very consistent with their culture and tradition."

Benedetta and Simone's project started at a very complicated time right in the middle of the COVID lockdown period. They started working as amateur chemists, testing different ingredients that could be combined with goya to make their amaro.

"We've done a lot of research, experimenting with all kinds of spices that are originally from or widely used in Japanese cuisine," recalls Benedetta. "We ran a lot of tests infusing different types of spices and flowers, then made a selection. We did all this with the help of our friends Eleonora De Santis (mixologist) and Riccardo Tuttolomondo (herbalist) as well as the owner of the distillery where we conducted our experiments – the historic Paolucci distillery in Sora, in the Frosinone province. Their ability and experience in balancing different spices was crucial for us to reach our goal."

Besides goya, the botanicals used include Sichuan pepper, Jasmin tea, ginger, galanga – which belongs to the same family as ginger – sour cherry, hibiscus and cardamom.

Each spice is infused separately with a specifically balanced infusion time and quality for each ingredient. This makes for a rather complex production process, which obviously includes a secret part. Remarkably, the sugar content is 15% - very low compared to other amari.

"We only use brown sugar. This is something no one else does, at least among the most important and popular amari," points out Simone. "This is not a random choice but a tribute to Okinawa, as the island has a very large brown sugar production, though this is something few people know outside of Japan. Besides goya, another typical product of the island is in fact brown sugar syrup."

But what kind of meal does Yuntaku ideally pair with? As it's the very first Japanese-inspired amaro, that is, the very first ‘ethnic’ amaro, it's obviously perfect at the end of an Asian meal - one of those instances where the idea exactly matches the taste. However, the amaro's unique notes can also cleanse and refresh the palate after eating Western food, especially a fish meal. As Benedetta points out, "One of Yuntaku's essential characteristics is that it has a green vegetable as a bittering base, something no other amaro has. This means that when drinking it you immediately notice that despite the bitter notes it leaves your mouth feeling clean and fresh, unlike most other amari. This is a crucial when pairing it with mild food like sushi, as a strong end-of-meal drink might completely overpower your palate. We have also found that many people who normally don't drink amaro like to drink Yuntaku instead, in fact they prefer it over other spirits regardless of what they had to eat." 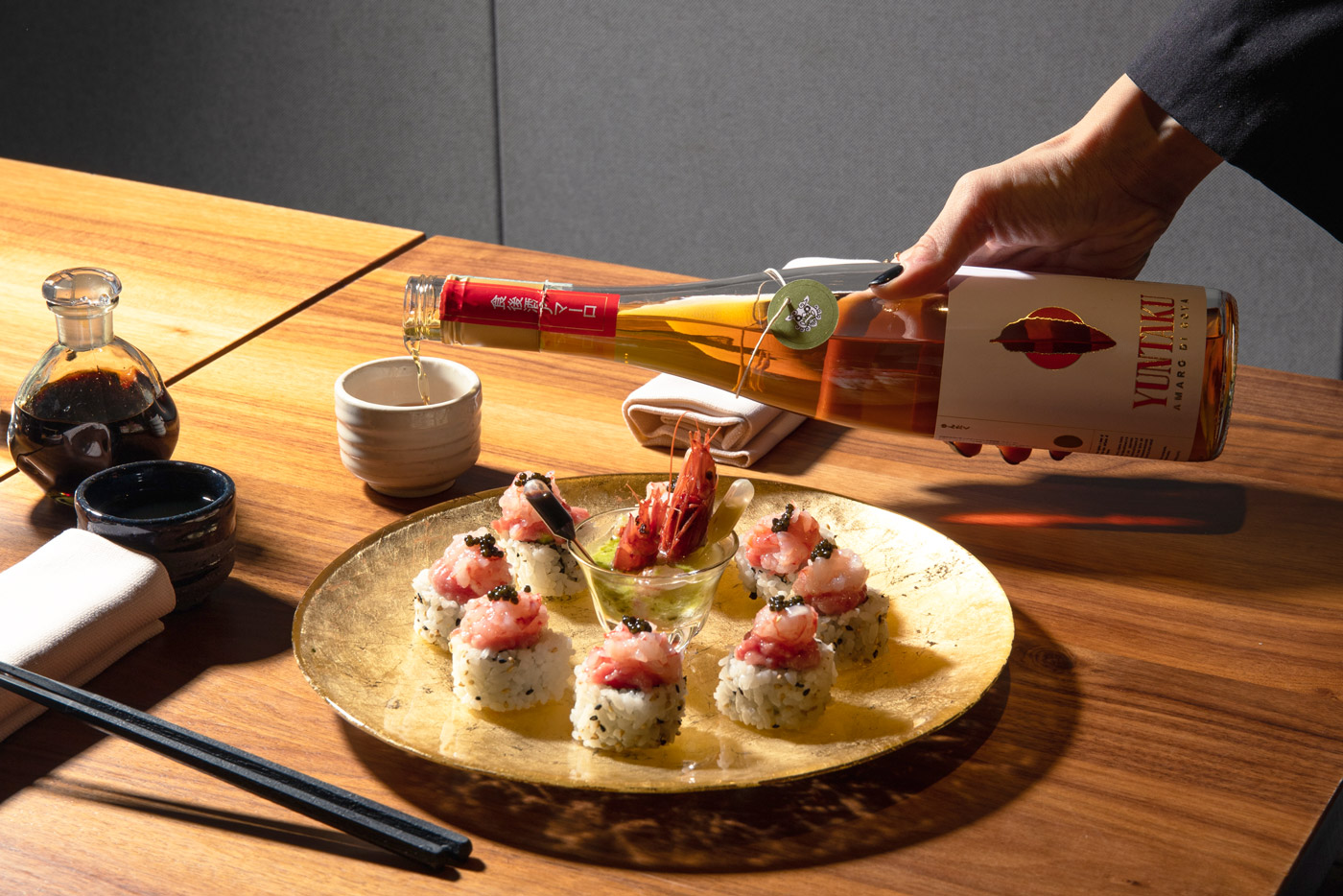 Though Yuntaku was originally designed as an after-dinner drink, there are of course no limits to when it can be enjoyed. Benedetta and Simone plan to experiment with possible uses in mixology, in fact they've already started - after all, bar menus often include cocktails made with amaro. The bartenders we sounded out were very intrigued by Yuntaku, as adding a Japanese-inspired cocktail to their drink menu is definitely an exciting possibility. The first experiments involved pairings with sake and revisited classics like Japanese Boulevardier and Yuntaku-tonic. In short, mixology also offers many possibilities, all open and ready to be explored.

Speaking of future plans, Benedetta and Simone have no intention of stopping - their ambition is for Yuntaku to be just the first of many future projects that will define a new concept of amaro. They believe the amaro category has an amazing richness in terms of tradition, but that richness has never been revamped and is perhaps resting on the laurels of a time-honored digestif that "has always been made that way". To sum it up, so much tradition and such deep roots, but no innovation.

In Benedetta and Simone's vision, Yuntaku should be closely linked to a broader concept of openness and inclusiveness, blending different cultures and bringing a richness that goes beyond the drink itself. The journey has just begun.