Behind the Scenes with Abasolo 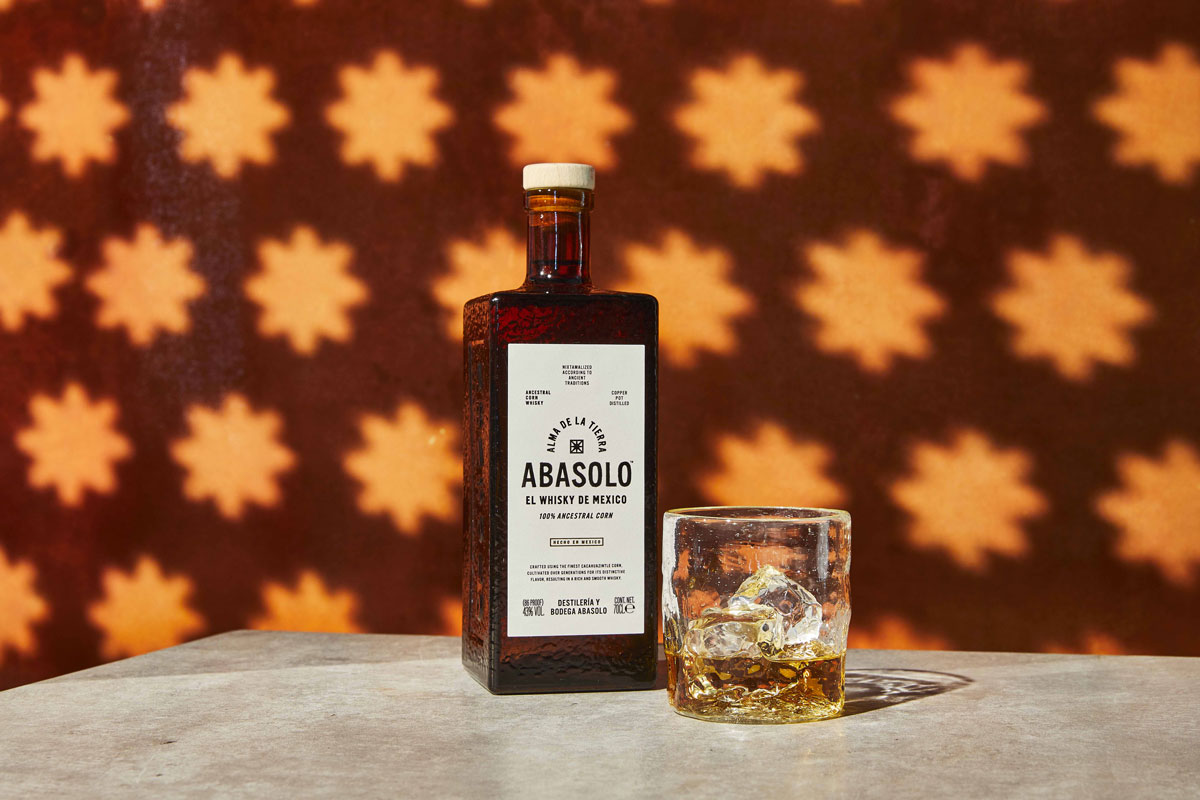 Can you tell us something regarding the story of the distillery? How is it structured?
The Distillery was designed by renown architect Lorenzo Alvarez.  The distillery is organized in two blocks of buildings: the the new and modern buildings, that serves as the home of the transformation processes that covers corn to white spirit, and the old buildings where barrel aging both long-term and short-term, as well as offices, laboratory an visitor center lives.

The design of the new building was inspired in the Sincolotes, traditional corn-storage structures that are made out of long pieces of wood that superimpose one after the other, in the shape of a box, that contains cobs, allowing air to flow.  The storage system does not need a mechanical attachments between wood pieces, as they use the cobs to bring support to the structure. 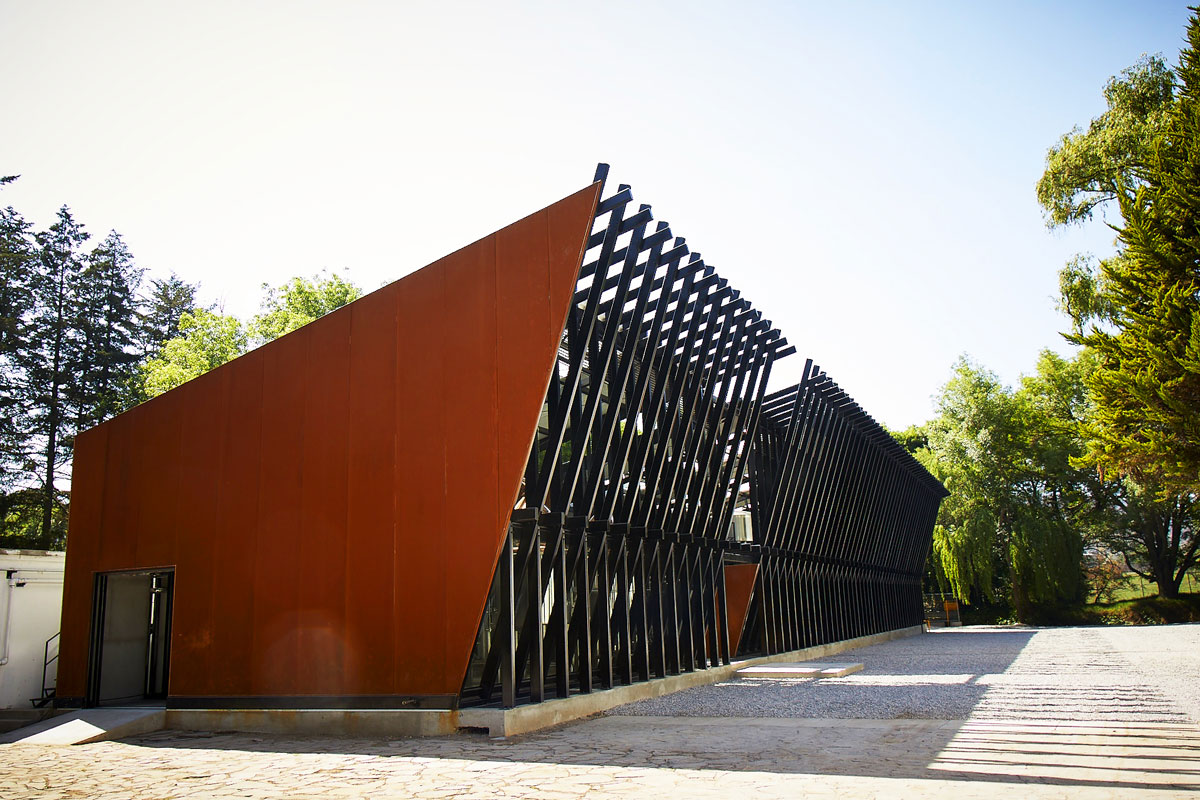 How did you get to the idea of your products – including the shape of the bottles and the brands names? Why have you decided to give a Mexican identity to whisky?
The first product to be imagined m was the whiskey. As a biologist, and master distiller, my passion has been to grasp the soul of the agricultural products of Mexico.  I did already work on agaves (Montelobos mezcal) and chili (Ancho Reyes liquor). So it was obvious for me the corn had to be investigated.

Making whiskey out of corn is not something new.  North America has been doing it for centuries. Just after the Irish/Scottish descendant started to move to the west of the country to new lands, they discover the corn within the indigenous populations at the Appalachian mountains.  Corn became the most abundant grain in the mashes, replacing most of barley and wheat in their formulations.

But todays reality is far from its original. The United States is the largest producer of corn in the world as they use it as “compound factories” to produce oil, ethanol and high fructose syrup. Corn is cattle food too. Unfortunately, most of that corn ( more than 99%) of it has been genetically modified in order to produce the maximum yields possible.

Bourbon it’s mostly about a corn vodka wood flavored through a American charred cask that impregnates the liquid in a very intense way. 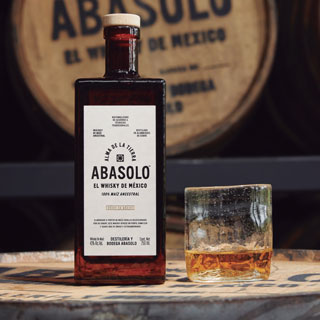 Ancient corn varieties still prevail in Mexicos agriculture.  The have been selected for generations. We Mexicans, eat corn, and the act of eating is a gastronomical experience, so farmers still select corn using criteria such as flavor.  And it’s not only the corn that is still available a reflection of our culture but the techniques utilized in order to cook the corn which is exciting.

Abasolo creation was an exercise of exploration into ancient corn, and the traditional techniques related to its processing. My job as a distiller was not only to select the best ancestral corn variety, but to investigate what could nixtamalization and corn roasting (Pinole) do for the making of whiskey.

The originality of Abasolo is both in the purpose (bring the real flavor of Mexican corn into whisky) and in the techniques never used before in the making of spirits (nixtamalization, corn malting, corn roasting).

Making something new implied to bring a differentiated identity, and that was a challenge. Being from the land of tequila and mezcal, there is already a tendency to relate aesthetics of “mexicanity” to existing ideas.

We did not want to look like another tequila, and we also refuse the idea of looking as Mexican bourbon.  At the level of the bottle design, we had tons of iterations until you we finally where able to transmit the blend of place of origin, differentiation and premiumness.  Daniel Schneeweiss, my partner is responsible for the design of bottles.

The brand name was also a huge challenge for Abasolo.  We needed something that could be serious, related to the place of origin and felt Mexican.  I took more than a year to find a name for it. 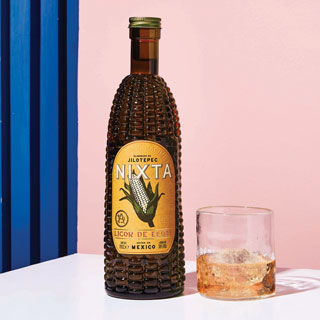 Nixta is the result of the problem of investing too much in a destilery that will take years to bring aged spirit. I asked myself, what other product could come out of this expensive distillery we just built in? I started to envision that I could get sweetness out of the mash, alcohol out of the stills, and flavor out of the corn, and I could use those ingredients in order to build a liqueur.

In terms of packaging, Nixta was a much easy, still brilliant concept to come into life. We literally wanted something that could transmit the flavors this product offers.  Nixta taste like the milky, sweet juice that “comes out of the cob”.    So the bottle was just that.  Technically was not easy to get a mold that could translate the cob into a bottle but, after some adjustment the bottle came right.

Corn is very much linked to its country of origin and its story: can you tell us something regarding the raw materials you are using?
That is true Mexico is a very diverse country. There are arorund 50-80 Varieties of ancestral corn.  We use Cacahuazintle, a corn form the central part of Mexicobthat only growths above 2,000 meters above sea level.  It is grouped in the floury corns.  We explored more than 15 different ones before deciding to use this one.

Our corn not only serve as a source of starches and sugars, we also make malt (germinate) this same corn to produce enzymes to break the starches into fermentable sugars.  We are a 100% corn whisky.  Different from most others that uses malted barley.

Can you tell us in details about your production technique? Particularly, we would love to hear regarding nixtamalization.
Nixtamalization implies a pre-cooking process in al alkali solutions typically using chalk.  The result is a more flavor rich corn with a more malleable texture.  This techniques improves nutritional characteristics and has been used for more than 4000 years in Mexico.  Is the base of culinary corn in central mexico. 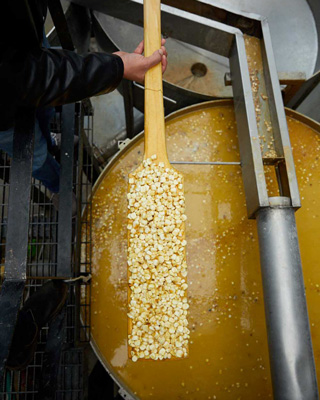 Corn roasting or “Pinole” technique.  Once we nixtamalizado corn we dry it and roasted.

Roasting technique is common in tribe alike the Tarahumara or Raramuri at north Mexico, that toast grins of corn and mill it into a. Our. Powder.  They eat this corn as a source of calories.

We use it after to Nixtamalization prior to produce the milled corn, that enters I to our mash.

Finally we also malt, we get a fraction of our corn and let it germinate at a warm humid environment.  They germinated corn is mixed in the mash as form of malt.