The renaissance of Irish Whiskey is happening at Waterford 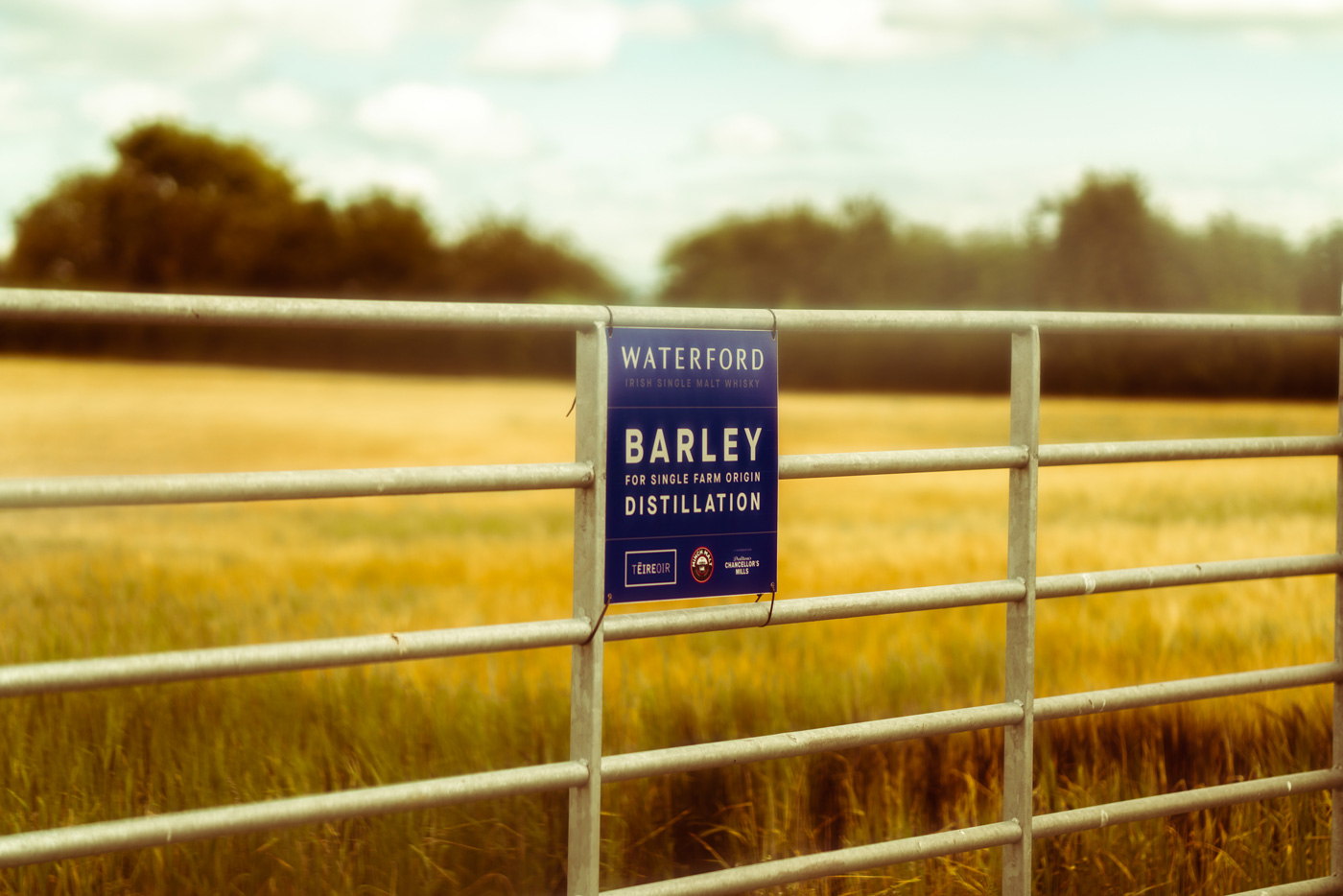 Five years after his last visit, Claudio Riva goes back to Ireland on a tour of the country's distilleries and tells us about a completely new whiskey scenario. Meanwhile, interest from the global market keeps growing

The history of Irish Whiskey, the twentieth century and a sad decline

First off, historically Ireland should be credited as the birthplace of the very first cereal distillations.
This claim is supported by several pieces of evidence:

Ireland also claims technological pre-eminence for having first patented a column still – the Coffey Still (Aeneas Coffey, 1830) – thus carrying distillation into the modern era.
In his book The Whiskey Distilleries of the United Kingdom, Alfred Barnard tells of visiting no less than 162 distilleries between 1885 and 1887, 129 in Scotland and 29 in Ireland, but that two thirds of the whiskey sold in London at that time was Irish.

Then the story takes a different turn. After being home to the world's largest whiskey production in the nineteenth century (1878, Dublin Whiskey Peak), in the early twentieth century Ireland began to lose market share, which culminated in the great crisis of the 1960s when all production plants were shut down and the island's entire whiskey production was transferred to a single large distillery in Midleton (1973-1975, County Cork).
A century after the great boom, production of the most historical, traditional whiskey on the planet was almost annihilated. At least until the end of the twentieth century, when the only two remaining active distilleries, New Midleton and Bushmills, were joined by a third - John Teeling's Cooley Distillery (1987), finally reversing the pattern.

The reasons behind the decline of Irish Whiskey 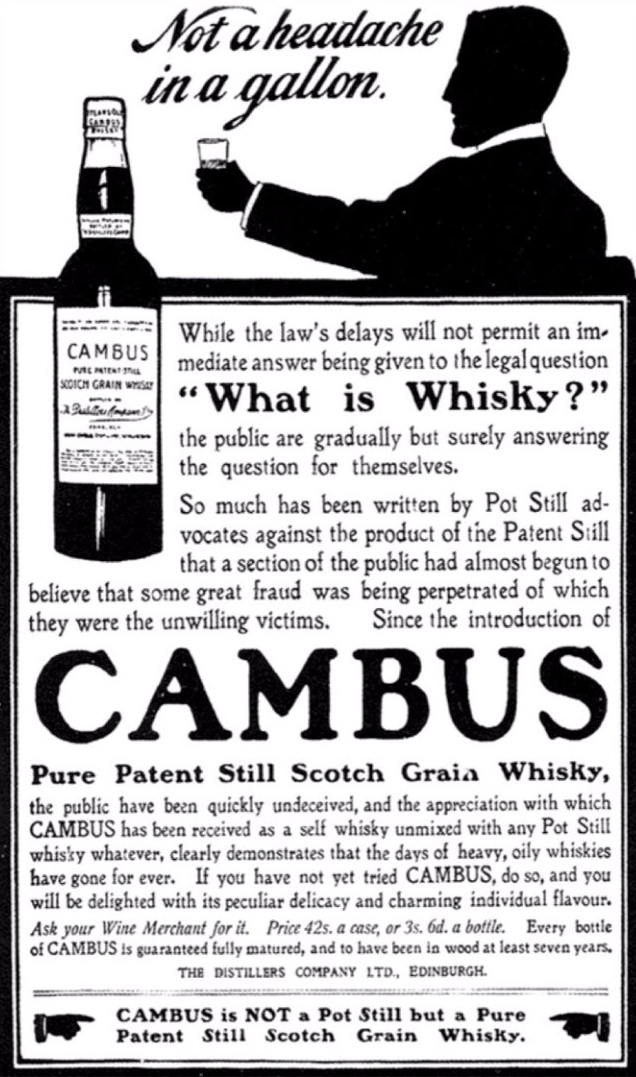 The use of the Coffey still for producing cheaper blended whiskey never took hold in Ireland. This mainly benefitted the Scottish, who were already enjoying a boom in the production of their blended scotch as early as 1850 to 1860. The Irish viewed column distillation - which they themselves had invented - as responsible for producing low-quality spirit unworthy of even the name whiskey. They called it "silent spirit", with no flavor. In 1908, when Ireland was still part of the United Kingdom, a Royal Commission was established, which concluded that it was "unable to recommend that the use of the word ‘whisky’ should be restricted to spirit manufactured by the pot still process." This is how the Irish Whiskey crisis began, deepened in January 1919 when the Republicans of Ireland proclaimed the country's independence from Great Britain. What used to be the largest market for Irish Whiskey, London, was lost. Other avenues had to be found. The spirit-thirsty United States had the right credentials to ensure a prosperous future for Ireland's whiskey business, but unfortunately Prohibition (1920-1933), the Great Depression (1929) and the disruption in transatlantic trade during WWII (1939-1945) had disastrous consequences. Irish Whiskey limped on until after WWI and ultimately succumbed in the 60s, thus allowing the more vigorous Scotch Whisky free rein to take over the global market. 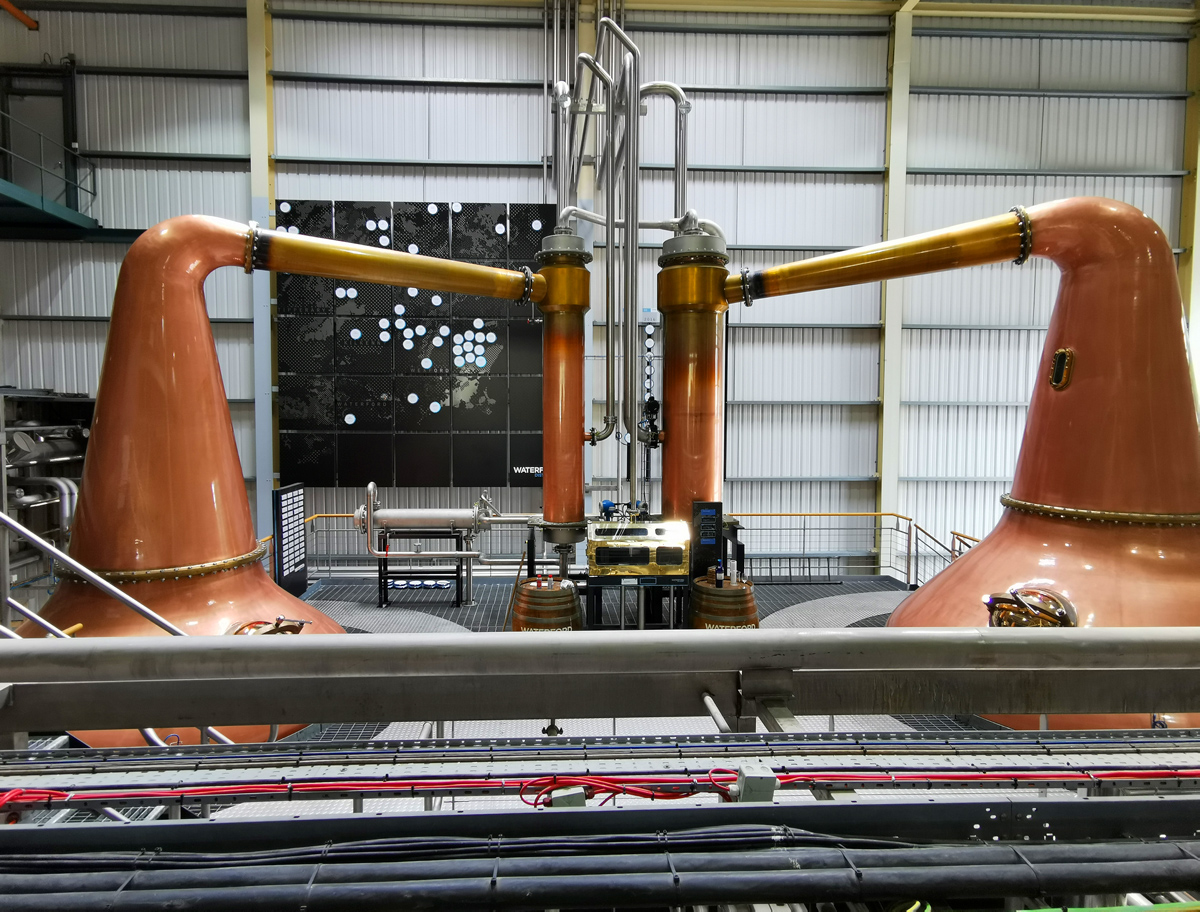 Irish whiskey: a completely new scenario in just one decade

The third millennium saw a considerable increase in active distilleries around the world, and Ireland didn’t just stand by and watch it happen. It has been busily taking advantage of both the country's favorable taxation and Brexit, which has been driving investment out of Scotland.
I remember articles coming out between 2010 and 2012 predicting a rosy future for Irish Whiskey, but today we can say that reality far exceeded all expectations. Today Ireland is home to about 40 active distilleries, although many were established after 2016-2017 and cannot yet release their whiskey.

My last visit to Ireland dates back to 2016, so a refresher tour of Irish Whiskey became a priority on my agenda, especially after spending a year and a half on lockdown looking into a webcam.
On July 19th Ireland reopened to tourism and we wasted no time. We landed on July 21st for a two-week tour touching down on a dozen of the new distilleries. 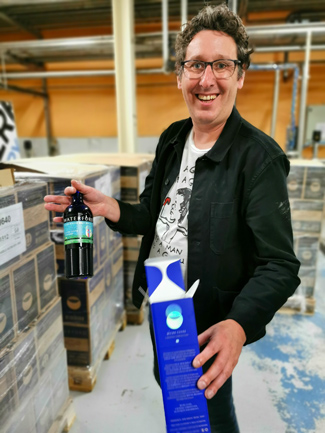 After visiting the new American micro-distilleries, many of which guided by a homebrewer's punk soul, I couldn't help admiring the more solid approach of all the new Irish projects.
Many of them are backed by tens of millions of euros in investment; all claim to be the first to bring the art of distillation back to their county, to strive to be the best possible expression of their terroir and to be inspired by the spirit of an ancestor who distilled whiskey there 4 generations ago (mind you, every Irish man and woman has a grandfather who distilled whiskey). But they are also driven by a healthy business spirit (no pun intended) and are adept at making the most of modern marketing techniques.

All but one, and with a non-Irish soul at that: Waterford. 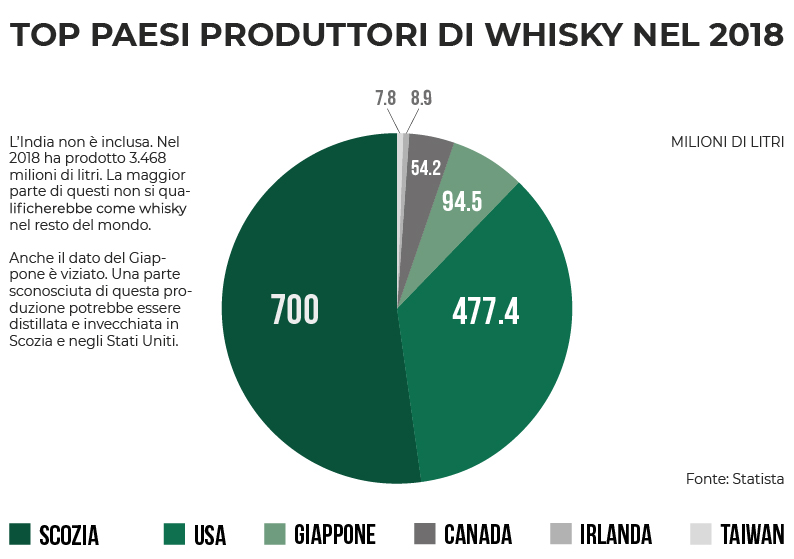 You need to travel to the city of Waterford, along the banks of the River Suir, to find the eponymous Waterford Distillery.
The first impression is baffling: after reading about the distillery's "agricultural" soul I found myself looking at a large industrial complex, formerly one of Diageo's Guinness production plants, completely renovated in 2003 and closed just ten years later in 2013. 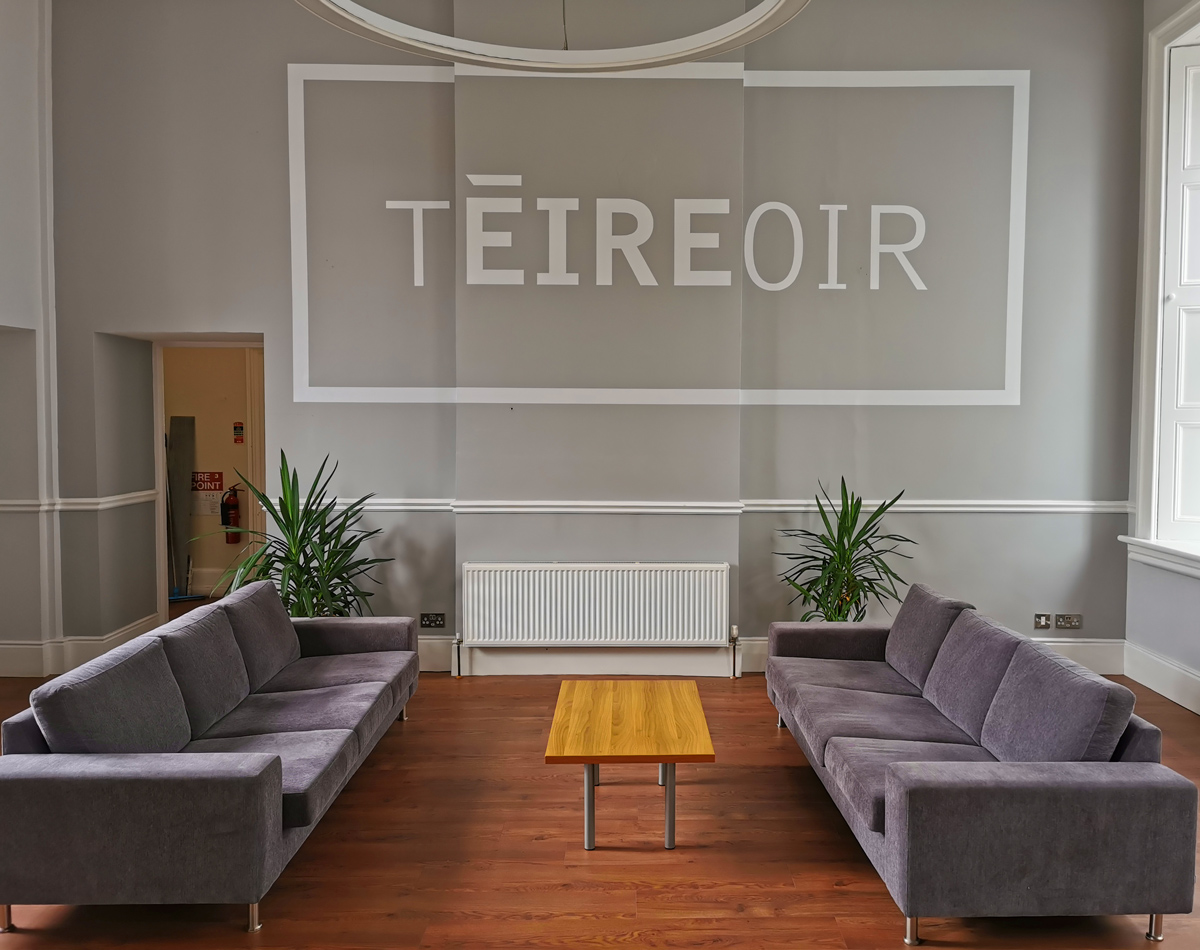 The architect of the plant's conversion into a distillery is Mark Reynier, the man behind the renaissance of the Scottish Bruichladdich distillery, Islay, as well as the modern trend of terroir-driven spirits with an approach very similar to winemaking.
With the money made by selling Bruichladdich to the Remy Cointreau group and, more importantly, on the strength of the experience accumulated over 15 years at the Scottish distillery, Mark was ready to take the big step in neighboring Ireland.

The concept underlying his business project is disarmingly simple: produce ingredient-driven whiskey guided by the terroir, with Single Farm bottlings deriving from individual Irish farms, each with a specific culture, soil and climate producing barley with unique characteristics.
Hence the term “téIREoir”, a pun combining the word “terroir” and Ireland's abbreviation “IRE” - the perfect synthesis of his idea.

The distillery is not normally open to visits, but a very friendly Ian O'Brien gives us a tour that turns out to be an unceasing crescendo of excitement.
The equipment of the old brewery from before the 2003 renovations adds an archaeological charm to our visit. But the truly amazing part is the production area. All of the new equipment put in by Diageo has obviously been kept, with the addition of just a couple of stills.

But can a distillery with such an ostensibly agricultural soul rely on a completely automated system run by computers in a control room?
Let's find out together. 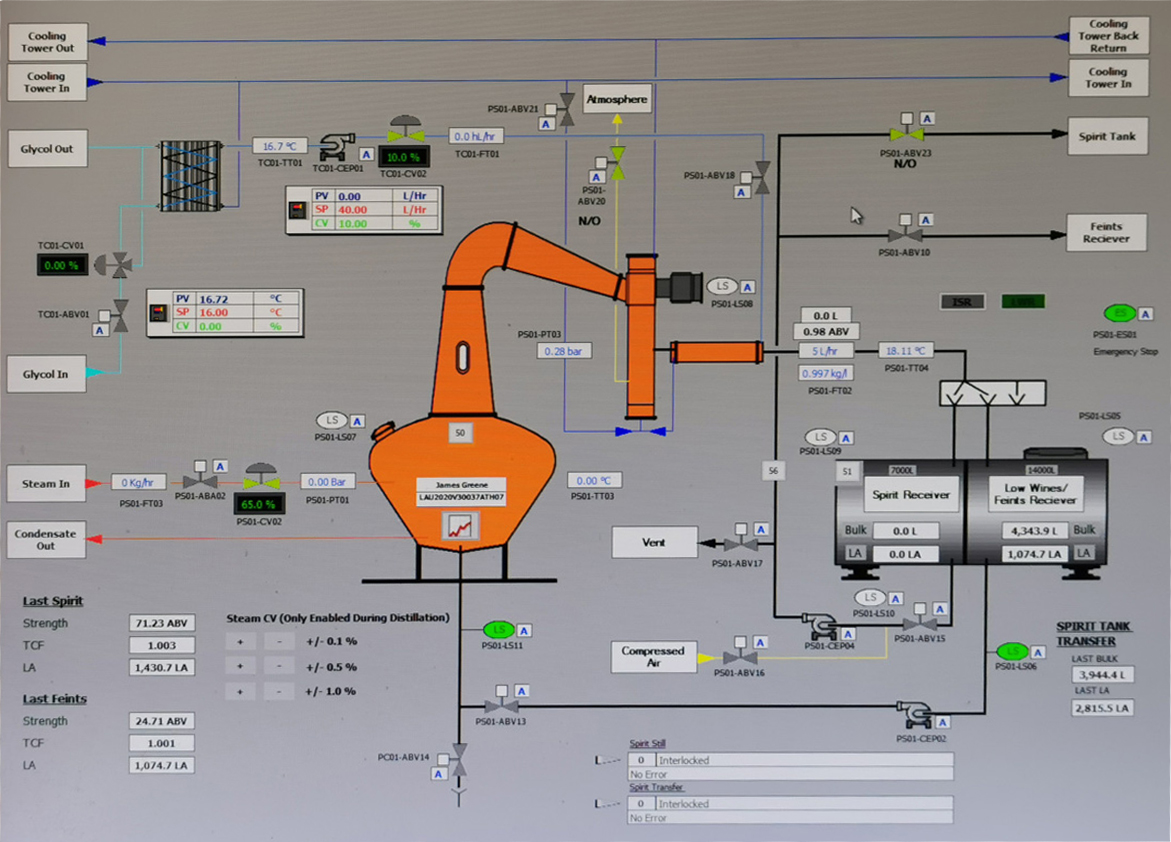 With nearly 40 active distilleries - and many more being planned - and production volumes consistently growing by the double-digits, Irish Whiskey seems ready to return to the glories of the late 1800s. 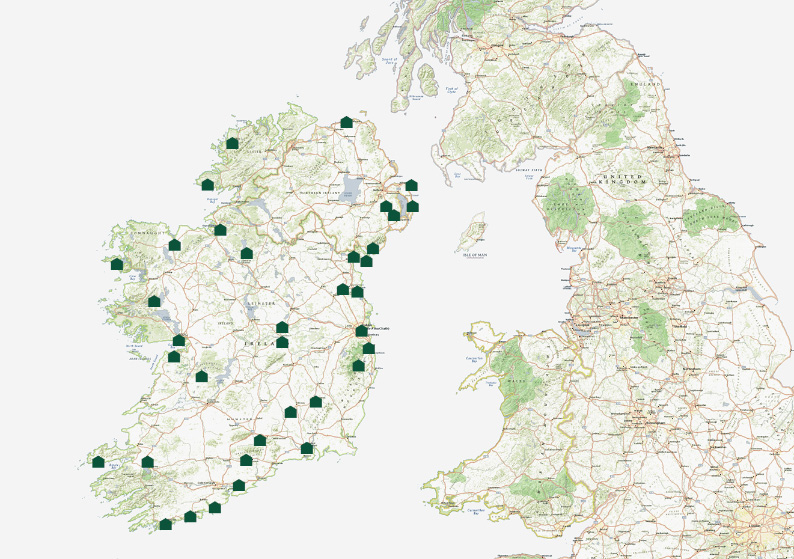 The world's largest market for whiskey consumption, the United States is showing such enthusiasm for the new developments in Irish Whiskey that it is expected to overtake Scotch whisky by 2030.

Capitalizing on the work of Irish farmers to create unique whiskeys

The 97 farms that joined the Waterford project supply the distillery with 3,500 tons of 12 different varieties of barley grown in 19 different types of soil. Each single crop is malted separately and brought to the distillery.
If a brewery of this size was built here, it's because the place is rich in water of excellent quality. For over 2 centuries, an old well at the foot of Summerhill has been supplying crystal-clear water from a volcanic aquifer. 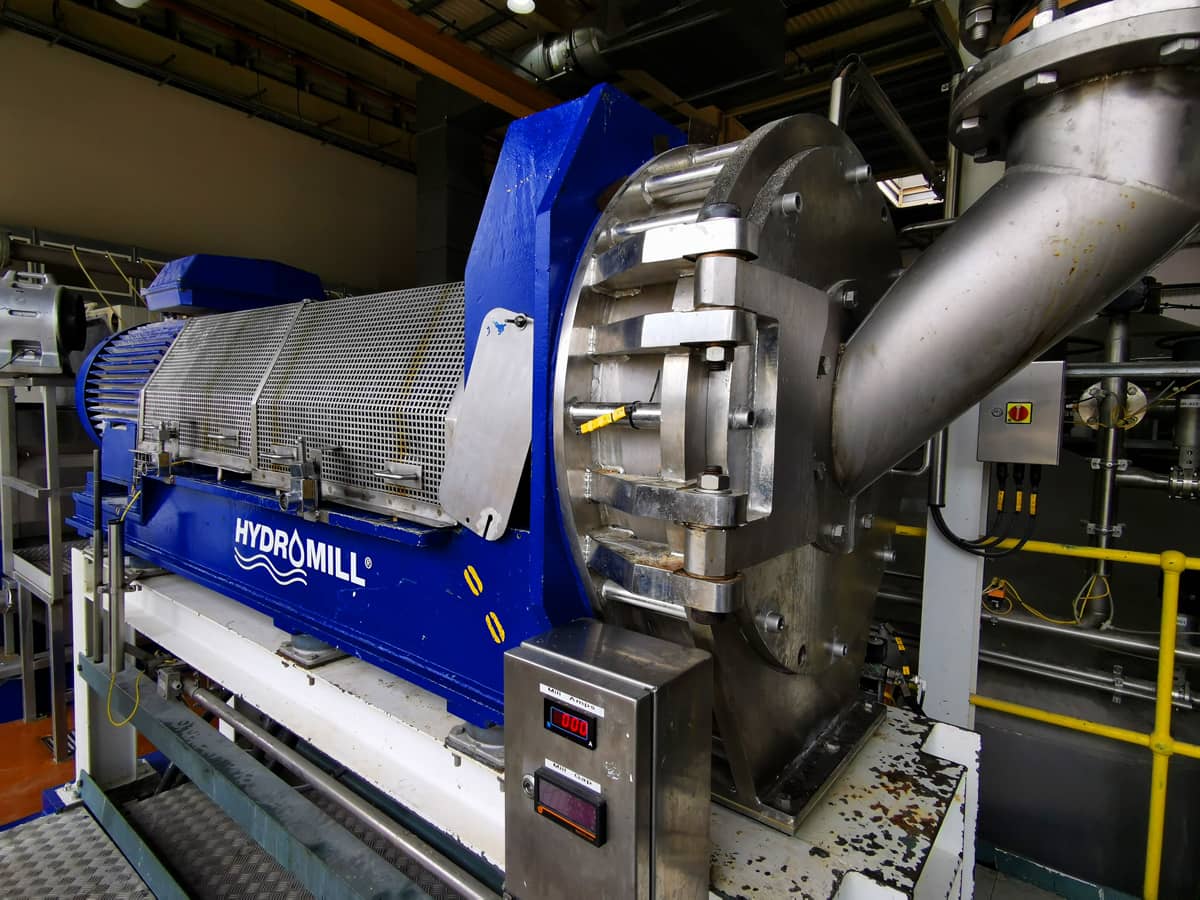 The mashing uses a massive mash filter, a rarity in the production of single malt whiskey and considered one of the key features of the entire production process. The ground malt is mixed with water, first at a temperature of 48° C, then 65° C and finally 68° C to complete the starch conversion process. Solids are separated from the liquid must not by gravity but by using the mash filter - a large press designed to extract as much liquid as possible as well as, according to Mark's unique approach, to be a real "terroir extractor", emphasizing the differences between the different origins.

Fermentation occurs with distiller yeast at a controlled temperature and is protracted for up to 120 hours compared to the standard 48-72 hours, in order to benefit from the flavors produced during the secondary malolactic fermentation. 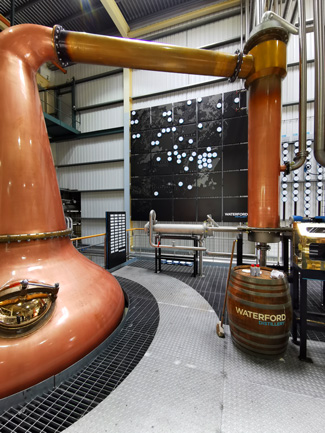 Then, instead of the traditional triple distillation, the product is distilled twice, slowly and at a low temperature.

The original stills installed at Waterford in 2015 have a long history behind them. In operation at the Scottish Inverleven distillery until 1991, they were purchased by Bruichladdich, which never used them and simply put them on display outside the distillery (those who have been to Islay may remember them with a pair of boots tucked into their necks.) From there, they were eventually taken to Ireland.
They had had a rugged life and were deeply scarred by time, so they were replaced by exact copies just a few weeks before our visit. The former Inverleven stills were again placed in the garden, ready to welcome visitors for the next 100 years.

Does distillation really destroy the terroir in whiskey?

So far, we'd seen nothing astonishing - all of the technical paraphernalia that can be found in other distilleries, albeit not many.
But the opening of a single door revealed the real key to understanding the Waterford project. And I am not talking about the warehouse door, but the door to a tiny room housing samples from all the distillations made at Waterford to this day, sorted by farm of origin and type of soil. 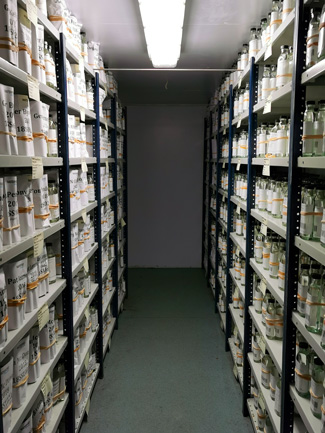 While the world questioned the real importance of terroir in whiskey production and whether it was just marketing, the only possible answer to this question has been patiently stored up here for six years.
It's easy to say, “Farm A's whiskey is different from Farm B's” when you have just a few casks of one and even fewer of the other. But here is a small sample room that contains the largest classified database of new-make spirits not yet altered by wood, a database that's just waiting to be queried.
Today this makes it possible to analyze multiple distillations from the same farm or the same variety of barley grown in a specific soil in the laboratory. The first results Mark proudly shows his friends are amazing and perfectly consistent with his expectations.

This is how you know that what comes out of Waterford over the next few years is definitely going to change the world of whiskey. This is how you know how important it is for Waterford to make sure ingredients are the only variable and to set up a fermentation and distillation process that is as unvarying as possible. This is how you know you're in a place that's making history.
And while you take in all of this, they have already been distilling organic and biodynamic barley for years. 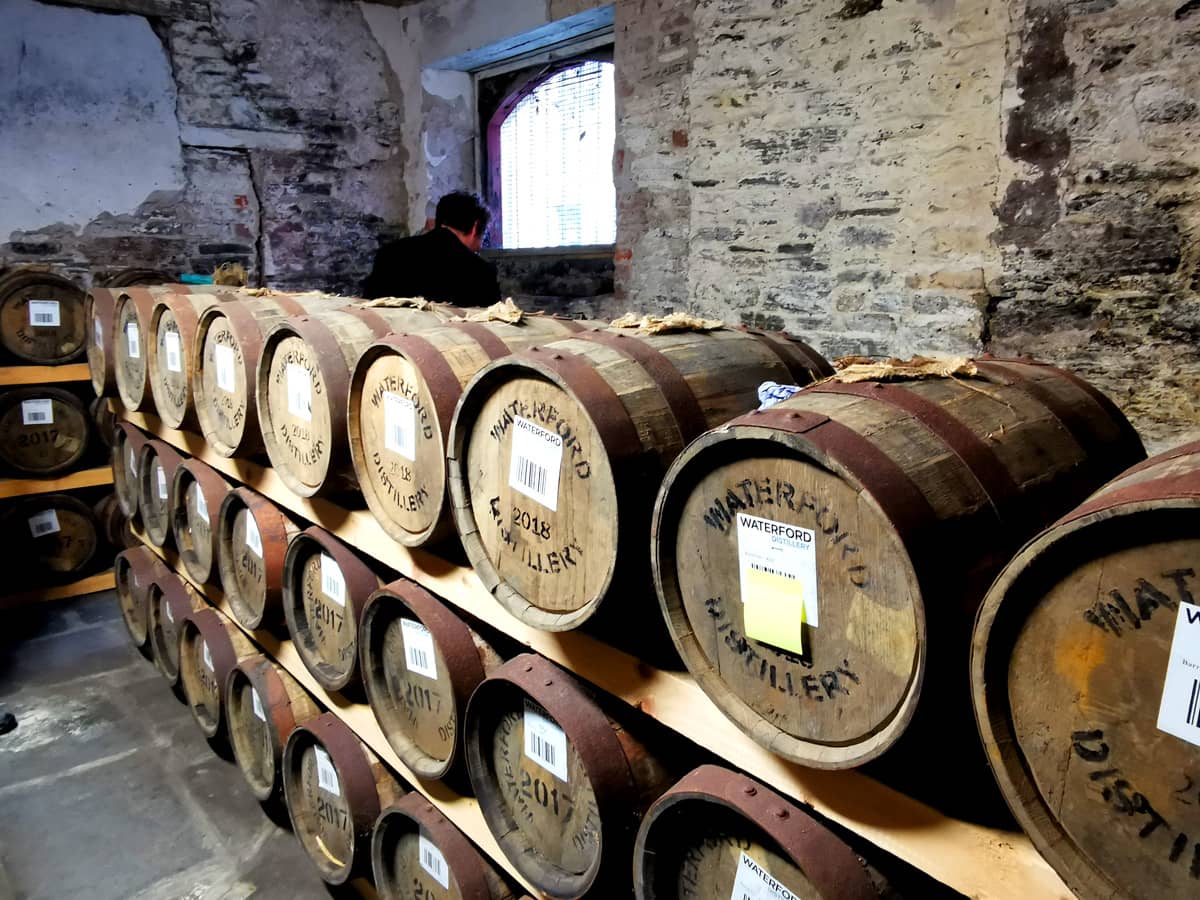